Prior to the invention of packet switching networking was entirely circuit-based or circuit-switched. In a circuit-switched network links between endpoints are dedicated point-to-point circuits. Circuit based networks carry analog voice communications or more simply stated, phone calls.

Computing was done on mainframes and data networks were built with planes, trains, automobiles, and sneakers. During this time as ‘data’ networking was first being envisioned (by computer scientists with worn out sneakers) the current circuit-switched engineering community thought that the packet-switched networking guys were nuts. Packet based communications was a complete paradigm shift away from dedicated connection-based circuits to connection-less packet processing. 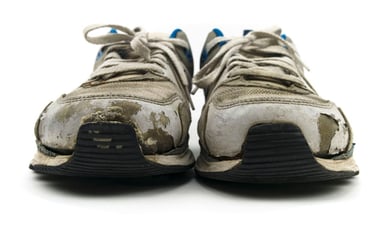 You might think that back in the day those circuit-switched engineers were just laggards; old telco types that didn’t like new things. I’m sure that there were some of those types of folks. However, don’t forget those old ‘circuit’ minded types figured out how to build an international network that included submarine cables, microwave links, video phones and mobile phones (did you know that mobile phones were in use in 1926?). Despite how antiquated this tech appears now, those engineers included some of the most brilliant individuals of their time. So, when they raised concerns about the viability of this new ‘packet’ network people paid attention.

If you consider the technologies used in the late 60’s their concerns weren’t unfounded. One of the primary issues was that packet-switched networks relied on putting additional intelligence in the network. In a packet-switched network every packet had to be examined and then put on the right wire to reach its destination. This meant that computing needed to be placed in each switching center. This was a revolutionary concept because at the time computers were mainframes, they were very expensive, and they filled entire rooms.

Those telco engineers were correct that the size and cost of computing was going to hinder the introduction of this new packet-switched network of networks.  However, at just about the same time that ARPANET was demonstrating their first network another engineer, Federico Faggin, developed the first microprocessor and totally changed computing forever.

From Monolithic Mainframes to Discrete Microprocessors

Before the microprocessor computers were centralized, huge, monolithic and extremely complex devices. The microprocessor allowed computers to be dis-aggregated into smaller devices which led to rapid innovation of the computing industry. Smaller, faster and less expensive microcomputers were created. Along with the benefits for the computing industry, the team at ARPANET suddenly had access to a new type of networking device, we now know as a router. Those first routers contained about 6,000 lines of software code. While certainly the team at ARPANET had a lot to do with the birth of the Internet, the microprocessor was the key to making their dreams a reality.

Now once again there are some people (like our founders) talking about ways to make networks work better. This time instead of the team at ARPANET trying to network a 100 mainframe computers we have thousands of companies creating new applications that need to connect clouds and billions of smart ‘things’ to a world of users with cell phones.

And guess what, those app developers are being told again by a bunch of smart engineers that it’s just not possible to make the network do the things they need it to do. We’re being told networking is complex, it takes months to order and install connections, and networking gear is really big and expensive. Seems like we’ve heard this before…

Today, modern routers contain at least 36,000,000 lines of software code, and the latest core router will set you back about half a billion dollars. We’ve come around full circle back to the early days of the Internet. Only this time it’s not mainframes that are holding us back, it’s the huge monolithic devices that our networking appliances have become.

If you’ve been following Stateless you may have noticed that we were recently awarded a patent. The patent was for the application of modern software technologies that were learned from cloud computing technology to build networks differently. The patent is the ‘how’ behind a technology known as SD-IX. I’ll dive deeper into SD-IX later, but for now I think there’s a good possibility that someone else 25 years from now might be writing about how SD-IX was born in October of 2019.

It's Time to Rethink Network Services