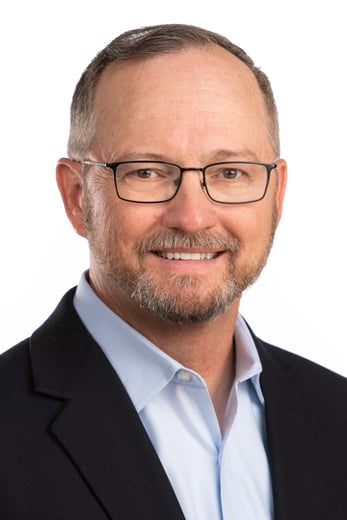 Allow me to introduce myself, my name is Mike Anderson and I’m one of the latest additions to the Stateless team. In my role as VP of Marketing it’s my job to help people learn about what we’re doing at Stateless and how our technology can be used to build networks better and faster.

I’ve been in the networking industry in roles with telecom providers, cable companies, data center operators and equipment vendors. Over my career I’ve observed and been part of the digital transformation that has been impacting our lives and, in many ways, changing our society.

The term ‘digital transformation’ has been used in many contexts. In this usage I’m referring to the ongoing digitalization of the world around us. Once we’ve found a way to digitize something we can then analyze, control, reproduce, change, combine, secure and share practically anything. Consider some of the things we’ve found ways to turn into data or 1s and 0s; music, images, weather information, bio metrics, video, and much more. We now can process this data to create self-driving cars, 3D printers, and real-time facial and speech recognition systems. Digital transformation combined with the ability to move and transform data has allowed us to take these innovations out of science fiction books and into the real world.

I believe that there are three main causes for this digital transformation and the advances we’re experiencing: digitalization, cloud computing and networking. Basically, you need to create the data, transform it into something useful and to move it to where it needs to be.

Over the last decade there has been rapid innovation in the first two areas. Take digitalization; there’s IoT, a trend where it seems almost every ‘thing’ is digital and connected to the Internet. And now cloud computing has exposed tremendous amounts of powerful computing resources that can be used for processing data in an immensely flexible and economic way. But what about the network?

Historically networks were built for the long-term. Contracts for leased lines were signed that lasted years and even today it takes months to get a network installed. Network operators and networking equipment vendors did their best to build networks that maximize benefits for end-users but with this long-term model in mind. No one needed to connect to cloud computing providers back in the ‘ancient’ days of the 2000’s.

But the world has changed. 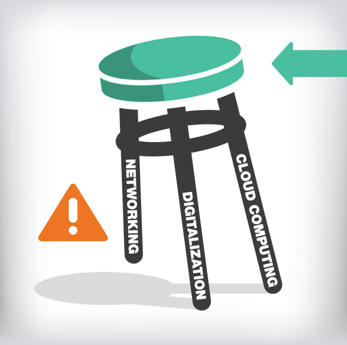 The three-legged stool of digital transformation of digitalization, computation and networking is off kilter. Networking has not changed at the same pace as digitalization or cloud computing. The scale and development of computation and digitalization has put tremendous pressure on the network to be scalable, agile and adaptive. Network operators and users need to be able to rapidly connect to multiple sites, public clouds, SaaS providers etc. with the ability to change their interconnection end point constantly. Existing networking solutions fall far short of meeting these needs. We need to change not only how we think about building networks; we need to change the foundational building blocks of the network itself. There have been attempts using concepts like NFV and SD-WAN to apply some of the techniques that have enabled cloud computing such as virtualization and containers. The problem is that most of these attempts merely duplicate the current physical networking building blocks in software.

The right solution doesn’t just use advanced software techniques to emulate the same antiquated hardware that was designed for a different age. Instead we need to understand what the network needs to do today and use modern software designs to build a new innovative way for us to move data. This is what Stateless has done.

Stateless isn’t unique in recognizing that networking needs to change. But fixing the problem is very hard. Modern software and computing are fast, but networks are VERY FAST. What is unique about Stateless is that our founders, Murad Kablan and Eric Keller, rethought networking and invented an architecture that allows networks to be highly scalable while keeping them extremely flexible and simple to operate. This new approach uses software micro-services to provide functions that are typically created with hefty monolithic purpose-built equipment. Micro-services can be started and stopped as needed, replaced without disruption, can be configured for near instant fault recovery and most importantly can be controlled via an API.

Stateless is using their intellectual property to build a new type of networking platform called Luxon. The Luxon platform incorporates the functionality of network switches, routers and firewalls and can be extended to add additional functionality such as IPsec, IDS, etc.. Luxon exposes the power of the network very much like the cloud has exposed the power of computing. From my perspective, we need to give this power to the people who are using digital transformation to build our future. I am very excited about being part of the Stateless team, and for the next round of innovation that will be enabled once we get all three legs of our digital transformation stool fixed.